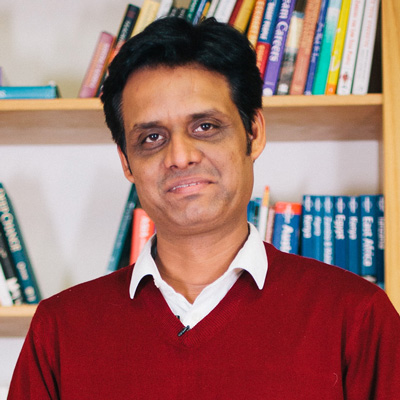 Prakash deeply believes in humanity, bonds and friendships. This belief has led him to work for human development through the lense of various partnerships. Prakash is the Executive Director of GRAVIS, India. GRAVIS works for integrated rural development in the Thar Desert and other regions of India. They take a holistic approach towards community development in which partnerships, self reliance and sustainability are critically important.

Prakash has dedicated his professional life to GRAVIS, which he joined in 1999, and has been an integral part in the organization’s core team. He oversees administration, coordinates various programmes, develops new projects and fosters new partnerships.

Prakash is a physician and a public health professional by education. Beyond leading Gravis, he is a keen global health activist, researcher, and practitioner.

Prakash was born in India but considers the world his home.

Number of Lives impacted
by GRAVIS